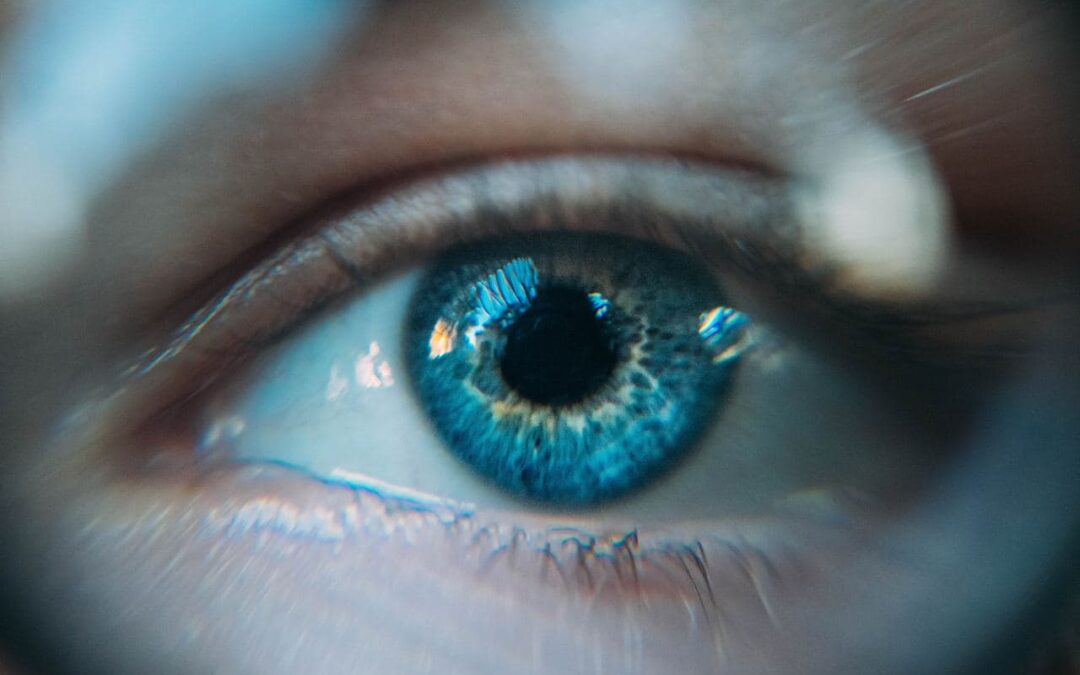 We are being hoodwinked!

For centuries we have been hoodwinked, lied to and enslaved in a system controlled by a few for their own evil ends. Wars have been fought, lockdowns endured and thousands of children and women trafficked, kept in horrendous circumstances and when their usefulness ended – killed. The truth of all these atrocities are slowly coming to light and even beginning to be mentioned in the mainstream media who are totally controlled and manipulated in order to control the masses.

None of this is new but in the last year has been taken to a whole new level with the plandemic. This has led to millions being injected with toxic substances. Many have lost their lives prematurely and many more left with life long physical and mental health conditions. The numbers grow daily:  VAERS data shows 294,801 reports of adverse events following COVID vaccines, including 5,165 deaths and 25,359 serious injuries between Dec. 14, 2020 and May 28, 2021. In Australia they have only had one death attributed to Covid, but there has been 210 deaths attributed to the vaccine and 22031 adverse events.

Number of suspected ADR reports received in the UK up to and including 26 May 2021.

These high numbers  despite the adverse reaction tracking systems been proven to be only capturing 1-10 percent of the data.

These recorded numbers alone are horrific and in the past at about 50 deaths vaccines and drugs have been removed from the market.  Yet the role out continues and they now plan to inject children, who have no risk of dying from the so called virus if they don’t have underlying conditions.

Their agenda (who ever they are!) becomes more and more desperate. Despite it being against the Nuremberg codes of human rights coercion, bribes and pressure continue. Even the military are knocking on people’s doors in parts of the UK. The need for parental consent for teenagers to be injected has or is being removed in many countries. All for a disease less dangerous than the flu!

What is the true agenda? Depopulation?
Why are so few people saying NO?
What are the long term circumstances going to be?

The good news is the cracks are beginning to appear.
* The release into the public domain of the emails of Dr Fauci are revealing the thousands of lies we have been told.
* Millions took to the streets of London last weekend to protest.
* Nurses and doctors are going to court to prevent compulsory vaccination.
* Scientists and Doctors around the world are risking their jobs to speak up and tell the truth.
* A date has also been set for Nuremberg trials to bring the perpetrators to justice.
* Protocols are being developed to support the future health and reverse side effects for those who have taken the jab.
* Child trafficking rings are being discovered and pregnant women and children freed.
A great source to learn the truth of what is really going on is The Highwire. There are also many fabulous resources available if you search beyond mainstream media.

Please do indepth homework so you can make an informed decision on whether this jab is right for you or your child before you consent to become part of this giant experiment. It is still an experiment, it has only been authoriesed for emergency use. Full approval will not occur until at least 2023.

Join Wholyland and be kept up to date at what is happening in our Telegram chat. Plus there are loads of resources within our memberhood site to support you to see the bigger picture and to take control of your health and claim your freedom and sovereignty. 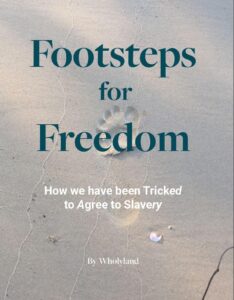 Freedom of the Mind – Harmony of the Spheres

Sacred geometry is all around us within nature and in architecture. It brings our being into harmony along with natural tones. https://wholyland.me/freedom-of-the-mind-harmony-of-the-spheres/

Another great week on Live the Impossible Show.

In this weeks show we are joined by Marguerite Mary Rigoglioso Ph.D founder of the Seven Sisters Mystery School and author of The Mystery Tradition of Miraculous Conception: Mary and the Lineage of Virgin Births. She channels new information on Mother Mary, dragons, golden eggs and the importance of laughter. We chat about virgin conception and orgasmic births, polarity and energy exchanges we need at this time.

Next week – Is surviving the spike proteins an inside job or is it a divide and conquer scam with Ole Dammegard Truth Seeker, Code Breaker and Peacemaker. 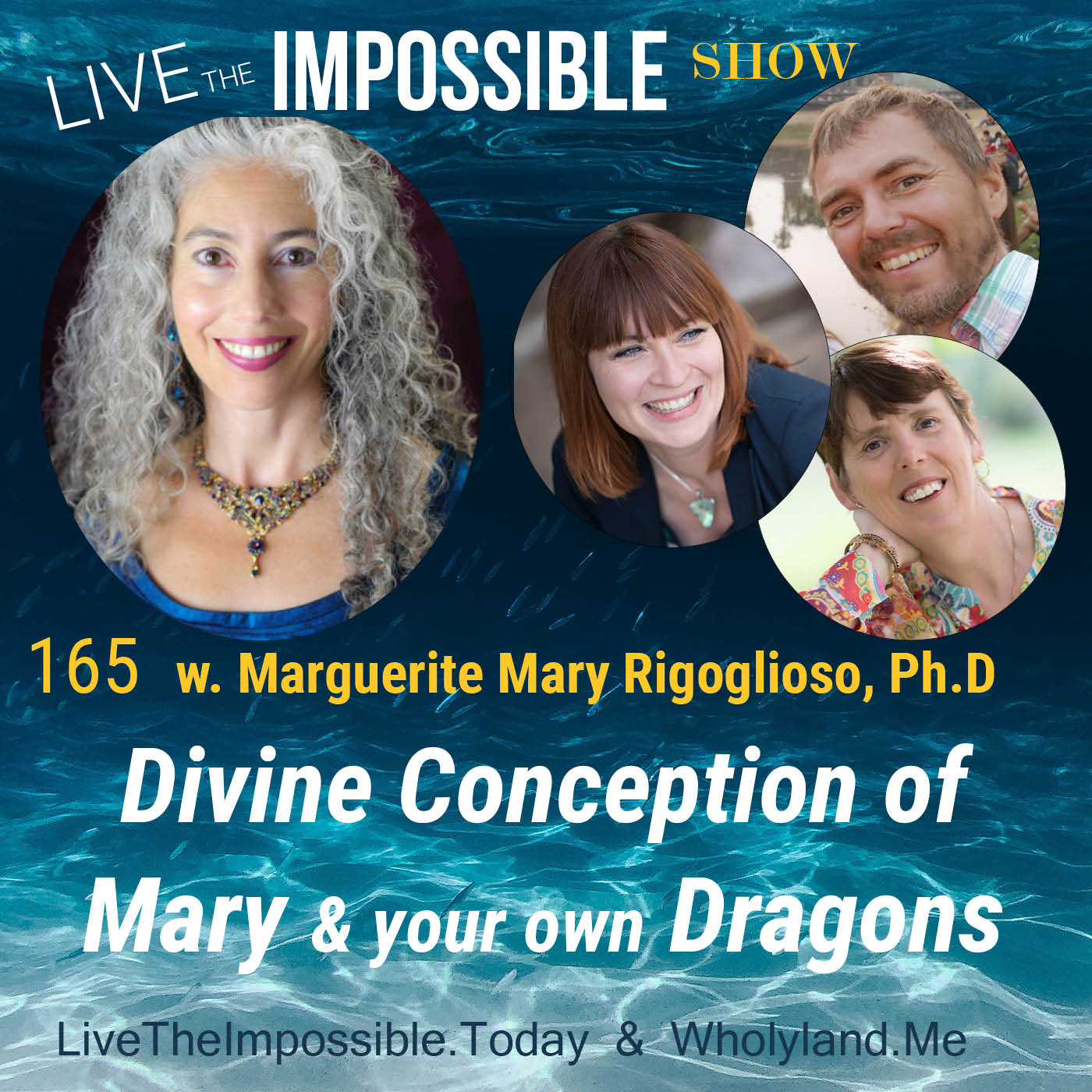 Divine Conception of Mary and your own Dragons with Marguerite Mary Rigoglioso Ph.D founder of the Seven Sisters Mystery School and author of The Mystery Tradition of Miraculous Conception: Mary and the Lineage of Virgin Births. She channels new information on Mother Mary, dragons, golden eggs and the importance of laughter.

We chat about virgin conception and orgasmic births, polarity and energy exchanges we need at this time.  Who are the Watchers? What did the fallen Angels cause? Why is gold essential? What the f… is parthenogenesis? How does parthenogenesis work? How is everything created? Why are vowels so important? How does sexual intercourse affect our frequency? Why is womb healing life changing? Why do we speak babble?

Watch or listen at: https://www.livetheimpossible.today/165

The art of contemplation is a vital part of the journey to Wholeness.

Contemplation helps you to find deep calm in life, enabling you to solve any problem or challenge that you are currently facing. It improves health and relationships,in time bringing prosperity to every corner of your life. Above all, contemplation opens the heart and taps into the source of all human wisdom. 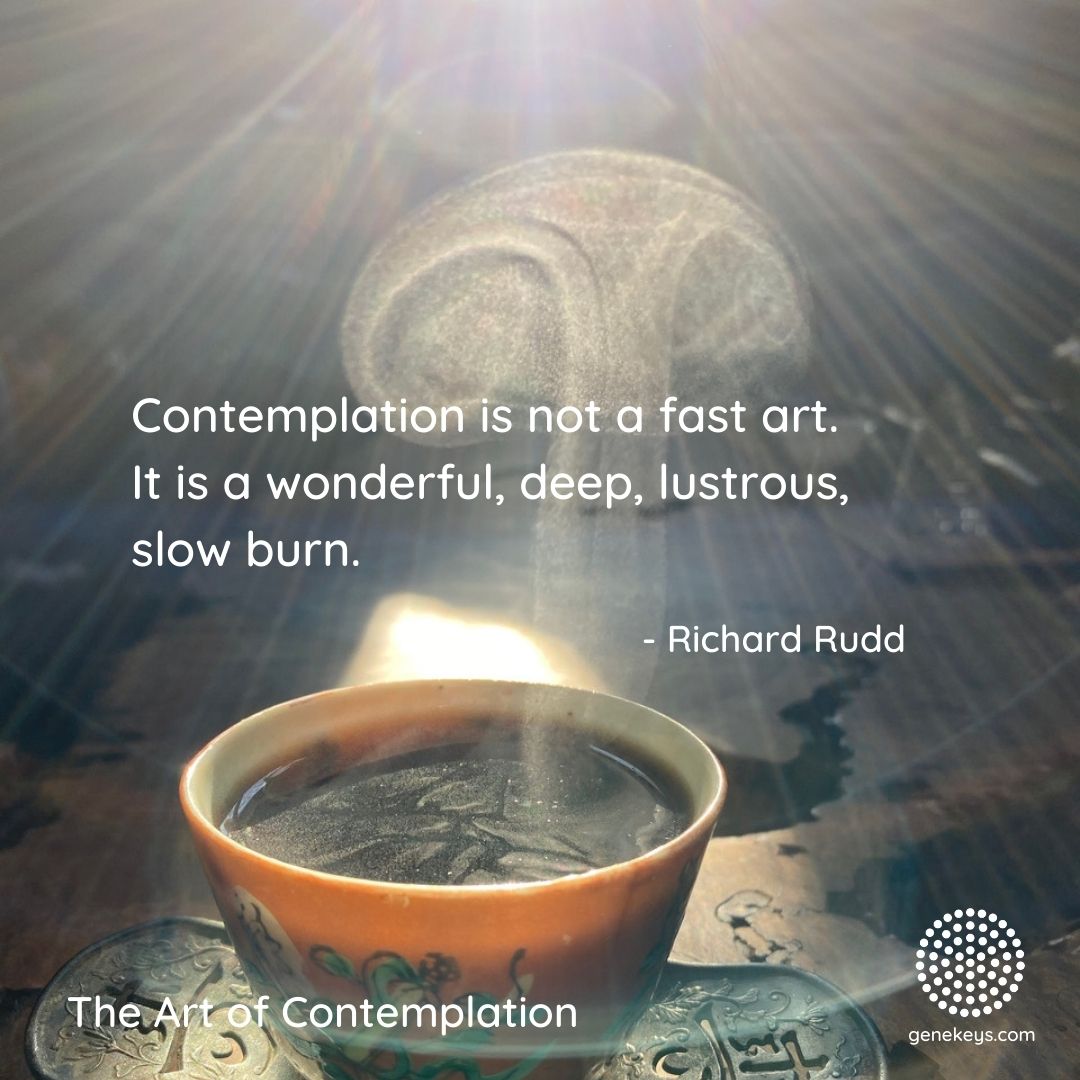 Contemplation is also easy and pleasurable to learn, and has an instant effect on your life. In an unstable world, contemplation is one of the very few things that brings deep stability. This elegant and simple online course shows you how to bring the magic of contemplation into every corner of your life, resulting in a deep sense of spaciousness, calmand clarity that is so rare in our modern world. Consisting of Richard Rudd’s beautiful book The Art of Contemplation, this course offers both audio and text, with practical guides and exercises to help you learn how to bring the power of contemplation into your everyday life. It’s simple, inspiring and applicable to anyone and in any situation.