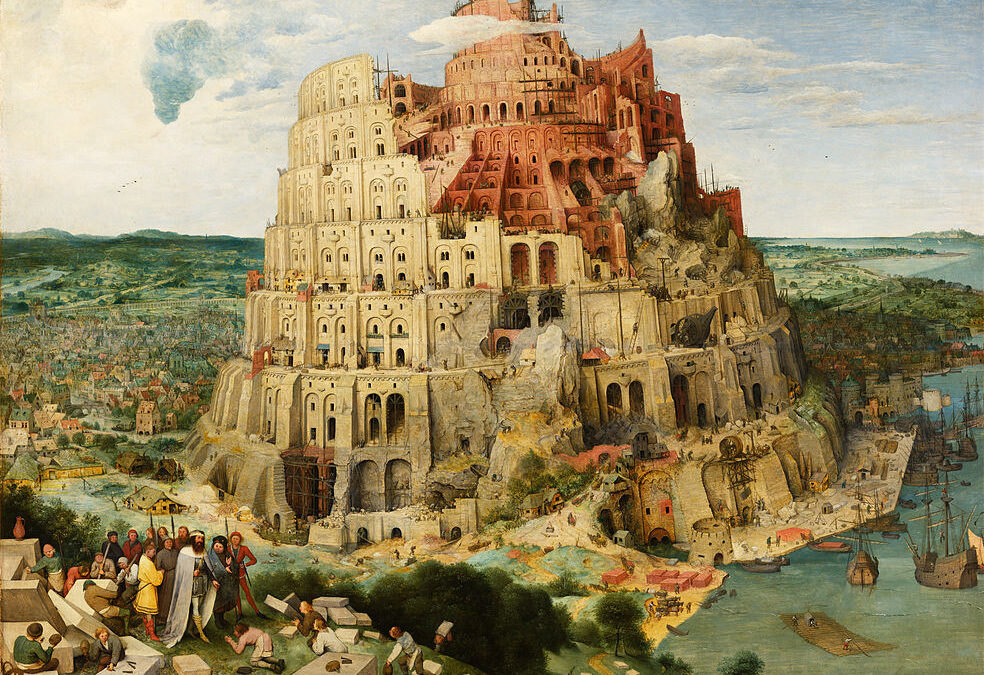 Religion has been used for centuries to divide and control the masses. There are many inconsistencies in the various translations of the bible available to us and I’ll discuss some of those here.  It is believed that translations in the early times were done by monks  from their own point of view and later editions to meet the political rethoric.

“I read once that early British historical texts were translated by a sect of monks who didn’t believe that women had souls.”  Kathleen Gage

The Bible tells us about the origin of this language confusion that happened in Babylon – Genesis 11:1-9.

The Bible states, in the very beginning the whole earth was of (only) one language.  One language brings unity and peace where multiple languages can lead to misunderstandings and war.

In other words, in the beginning, every man and woman spoke the same language! So they could communicate and understand each other! And this is found in chapter 11 of the genesis.

According to the Bible, it was no other than the LORD who created the confusion of languages on purpose!

The purpose was so that the people, who came from the east to the plain of Shinar, (Genesis 11:2) may not understand one another’s speech anymore.

Why was the confusion needed?
What is the purpose of the Babylonian language confusion?
Was the LORD not alone? As the bible says: “let us go down”.

These are the words according to St James Bible:

5 “And the LORD came down to see the city and the tower, which the children of men builded.”

7 “Go to, let us go down, and there confound their language, that they may not understand one another’s speech.”  (Genesis 11:5 &7)

All of this confusion and raising of the questions discussed here occur in Book 1 – Genesis in chapter 11 of the Bible.

So let us take a look at the very beginning, of this first book of the Bible, the very first chapter. When it comes to the creation of all, especially the creation of man, the bible talks about God and uses the plural version right from the beginning. 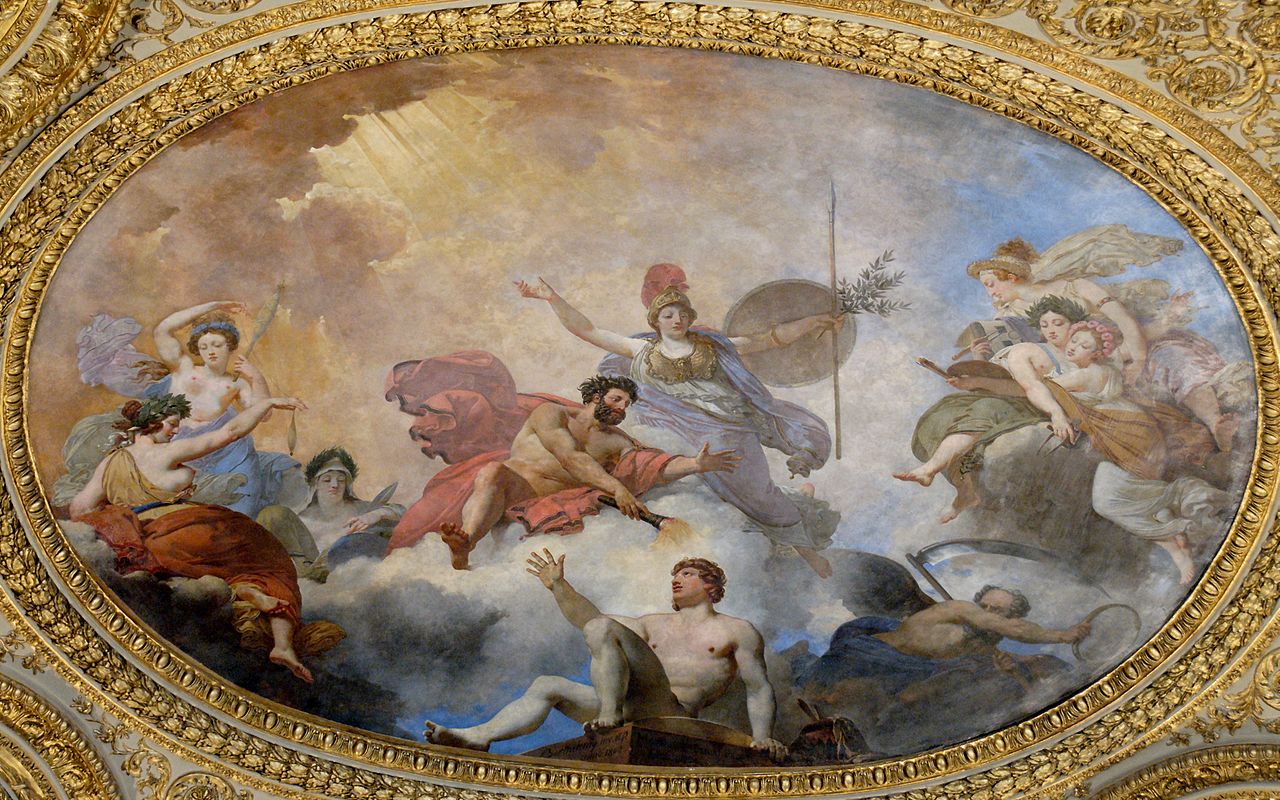 This is the way the creation of man is described in Genesis 1:26-28…

26 “And God said, Let us make man in our image, after our likeness: and let them have dominion over the fish of the sea, and over the fowl of the air, and over the cattle, and over all the earth, and over every creeping thing that creepeth upon the earth.”

28 “And God blessed them, and God said unto them, Be fruitful, and multiply, and replenish the earth, and subdue it: and have dominion over the fish of the sea, and over the fowl of the air, and over every living thing that moveth upon the earth.”

There are some interesting and probably overlooked facts:

So far in chapter one, ‘Gods’ created from day 1 to day 6.  But when it comes to chapter 2, the first 3 verses, there is just one ‘God’, fulfilling his work on the seventh day, the day of rest.

1 “Thus the heavens and the earth were finished, and all the host of them.”

3 “And God blessed the seventh day, and sanctified it: because that in it he had rested from all his work which God created and made.” (Genesis 2:1-3)

What does LORD mean?

Suddenly there is a sudden change in the narrative, in Genesis 2:4.  Gods or God become LORD God.

The Bible unfortunately does not give us the answers!

4 “These are the generations of the heavens and of the earth when they were created, in the day that the LORD God made the earth and the heavens,”

We have already read in the first chapter that man and woman had been created and God was able to rest on the seventh day as his creation was fulfilled.  So what happened?  Everything starts over again. It’s like there are two versions of the creation from different story tellers merged together.

A new vocabulary is also introduced: ‘Field’ rather than ‘land’.  In chapter one we read, that God called the dry land earth.

So what is a field in comparison to the earth or the land?

“And God called the dry land Earth; and the gathering together of the waters called he Seas: and God saw that it was good.” (Genesis 1:10)

In some German versions of the bible it says there was no growth due to lack of rain.

Yet in Genesis 1:11 and 1:12 It does not look as if God had forgotten to make those grasses and herbs grow beautifully…

11 “And God said, Let the earth bring forth grass, the herb yielding seed, and the fruit tree yielding fruit after his kind, whose seed is in itself, upon the earth: and it was so.”

12 “And the earth brought forth grass, and herb yielding seed after his kind, and the tree yielding fruit, whose seed was in itself, after his kind: and God saw that it was good.” (Genesis 1:11-12)

This makes sense and everything is fulfilled. 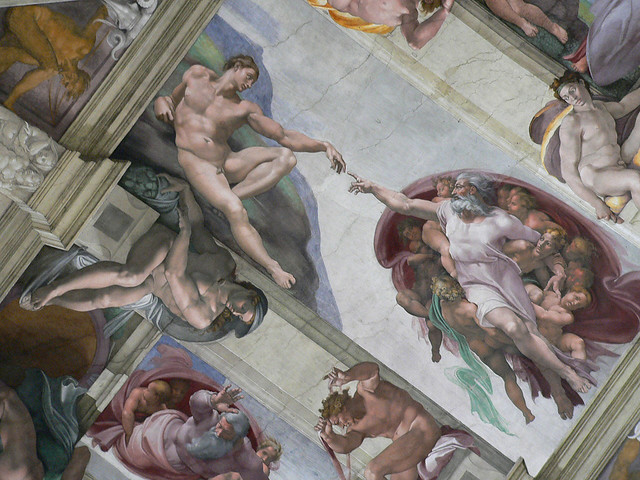 The Creation of Adam by Michaelangelo

The second creation of man!

What is very interesting, is in Genesis chapter 2, we have a second version of the creation of man, and this time out of dust!

In chapter one the creation was already fulfilled by God/Gods who created man and woman in their image.

Now we have the LORD God creating all of this again!

6 “But there went up a mist from the earth, and watered the whole face of the ground.”

7 “And the LORD God formed man of the dust of the ground, and breathed into his nostrils the breath of life; and man became a living soul.”

8 “And the LORD God planted a garden eastward in Eden; and there he put the man whom he had formed.” (Genesis 2:6-8)

As we can see just from these few examples when you look at the words of the bible carefully there is a lot of variation and confusion occurring.

Here is just a summary of questions that have arisen just from these few verses.

Why does the bible start with ‘Gods’ and this becomes one ‘LORD God’?
What is the significance of the capital letters?
Why did the LORD God confuse the one language so that the people of Babel in the land of Schinar could no longer understood each other?

This leaves us with even greater questions…

Is this confusion to control humanity?
Did the confusion of language lead to all the wars since the beginning of these times?

In Wholylands course Footsteps for Freedom we explore what quantum grammar has to say about language formation, how it has been hijacked and styles used to confuse.

It’s time for us all to question our old beliefs.

Come and join us as we question in Wholyland.

Best wishes
Beate
on behalf of the Wholyland Council.